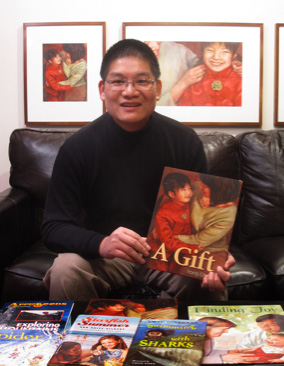 My daughter Katie’s favorite picture was the closing image of mother and daughter snuggled together admiring the new necklace. She said she liked it because the mother was happy for the girl even though she didn’t get a present herself.