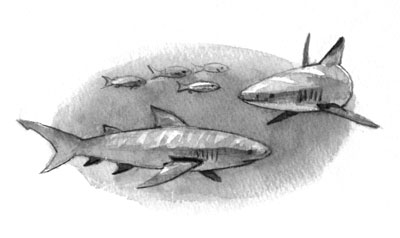 Just like most people, I was afraid of sharks, or I should say, hated sharks, and because I knew very little about sharks. But after the study and reading Twig's story, I understood much better about sharks. As an important part of the nature, we can learn much from studying the sharks.